The Kyrgyz side is taking deliberate actions aimed at escalating the situation in the border areas.

“Despite the agreements noted in Protocol No. 42 dated September 25, 2022, the Kyrgyz side is taking deliberate actions aimed at escalating the situation in the border areas,» the State Committee for National Security’ Border Troops Directorate in Sughd stated.

The provocative actions of individual citizens of the Kyrgyz Republic aimed at destabilizing the situation, such as preparing firing positions, making trenches, continuing to pull in additional military equipment, and regularly violating the airspace of the Republic of Tajikistan, are clear confirmations of the malicious plans of the Kyrgyz side. From September 26 to October 15, unmanned aerial vehicles of the Kyrgyz Republic violated the airspace of the Republic of Tajikistan over the territory of the city of Isfara and Gрafurov 13 times.

Despite oral and written agreements with the Kyrgyz side, in violation of the provisions of Protocol No. 42 of September 25, 2022, facts of the transfer of military equipment, heavy weapons, and additional military formations to the border areas have been recorded. In particular:

-On October 1 at 17:15 military armored vehicles were transferred from the village of Kok-Tash in the direction of the observation post Ortabuz and Leilek district .

-On October 7, newly dug trenches by the Kyrgyz military were recorded in the Siyohkuh and Dusanga areas of the Chorkuh of Isfara.

-On October 7, under the leadership of officials of the Ak-Sai aiyl aimak of the Batken region, 15 servicemen of the special units of the Kyrgyz Republic arrived in a KamAZ truck and set up a border post. The personnel of the border post are stationed in the house of a resident of Vorukh Babayev B. seized by Kyrgyz citizens in 2018.

-On October 11, in the area of ​​the security zone of the 9th frontier post Sanjidzor and the reservoir for the Khojabakirgan–2 of the military unit 0214 of the Directorate of the Border Troops in Sughd, several wagons adapted to accommodate military personnel were installed .

— On October 13, the military personnel of the Kyrgyz Republic, contrary to the requirements of paragraph “d” of Protocol No. 42, established a permanent post on the Isfara-Vorukh highway in the village of Ak-Sai.

— In the village of Maksat, the military personnel of the Kyrgyz Republic erected 5 fortified reinforced concrete combat positions.

The more frequent facts of military exercises are evidence of the unfriendly intentions of the Kyrgyz side. There is a continuation of information attacks in the media and social networks directed against the Republic of Tajikistan. Recently, the Kyrgyz mass media has been actively disseminating materials about newly acquired UAVs (unmanned aerial vehicle) and testing drones of their own production.

— On October 2, a resident of the village of Kuchai Bolo of Vorukh Narziev N.B., who was driving a private vehicle through the village of Ak-Sai, was attacked by citizens of the Kyrgyz Republic. As a result, his Skoda car, license plate number 9451WD02, was damaged.

— On October 10, the Kyrgyz side illegally blocked the road to group No. 16 of the Chorkukh cooperative, passing along the edge of the Mazorbashi area of the Samarkandak aiyl aimag.

— On October 18, a citizen of the Republic of Tajikistan Abdullozoda F., was subjected to an illegal search and insults of Kyrgyz servicemen.

The above facts are direct evidence of the targeted actions of the Kyrgyz side to escalate the situation and provoke the emergence of new armed conflicts in the border areas, inciting ethnic hatred.

The Republic of Tajikistan confirms its firm commitment to strict compliance with the agreements reached on the issues of stabilizing the situation in the border areas and resolving existing problems exclusively by political and diplomatic methods.

This is happening despite the public statements of certain officials of Kyrgyzstan, who deny the possibility of achieving peace between our countries, causing discord among the military and civilian population, who are in deep error. The civil society of the Kyrgyz Republic needs to adequate assess their statements and behavior.

We call on the military leadership of Kyrgyzstan to prevent and stop provocative actions that lead to armed conflicts, take the necessary measures to implement the signed protocols, and ensure peaceful life in the border areas. 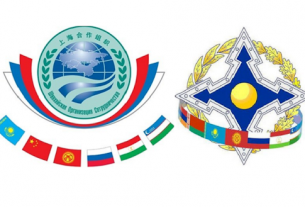 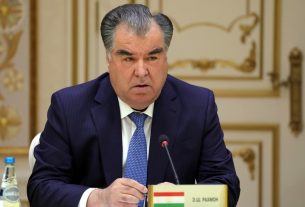 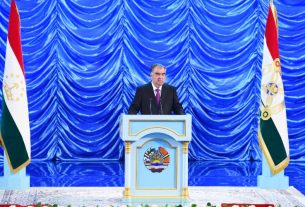